Bill Cass has had a little over forty short stories accepted for publication in mostly smaller literary magazines and anthologies.  He lives and works as an elementary school principal in San Diego, California.

Amoskeag: The 2012 issue has come to be known as the “Identity” issue; in what way does your work deal with “identity?”

William: My intention was that the story in this issue would deal with identity in a couple of different ways.  The main character/narrator is struggling with his own identity in 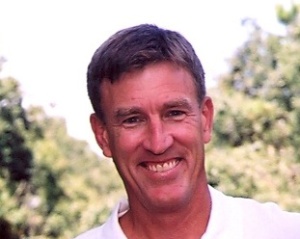 connection with the sudden absence of his wife with whom he’s always felt it was intertwined.  And I’d hoped that his random interaction with the woman on the bridge would suggest something about the larger human identity that he eventually realizes the two of them shared, and that perhaps we all share, both in terms of flaws and capacity for generousness of spirit.

Amoskeag: In developing your main and supporting characters, how do you see them losing or finding themselves?

William: I suppose both the narrator, as well as his wife and the woman on the bridge, “lost” themselves to some extent in their own experiences with the vagaries of love.  The narrative, by design, leaves the extent to which the wife later finds herself as uncertain.  I’m not sure that the narrator and the woman on the bridge actually “find themselves’ in the end either, but I hope the story suggests that they found something in one another – and in the brief, unsolicited gestures of support they offered each other at critical junctures – that allowed a belief in their own worth and humanity to be sustained.

Amoskeag: What is the one line, the one sentence in your piece that for you sums up the meaning of “identity?”

William: The sentence that occurs to me in this regard may be more about loss of identiy than the meaning of identity.  It’s in the middle of the story when the narrator is realizing that his wife has left: “My last stop was her studio, which I found exactly as I had the day before except for her sweatshirt, which was gone.”

Amoskeag: How do you identify yourself as a writer — how did you get here? Who/what made you so? Where have you come from? What have you gone through?

William: As corny as it probably sounds, I identify myself as a writer as one who uses the shaping of stories as a way to try to make sense of the world, especially those things that trouble or touch me about it.  I’m not sure how I got here or who/what made me so, but I did have a very encouraging high school English teacher who first nurtured in me a shaky idea within that I might be able to write, and a grandmother who I probably admired more than anyone else who was something of a writer herself.  In terms of things from my past that may help define my writing, there are many of those…in respect to this particular story, I did go through a personal experience that approximates the narrator’s, so that certainly informed this piece of writing.

Amoskeag: What lies ahead for you?

William: I hope to keep growing as a writer, and in so doing, continue to try to say something about the human condition as honestly and truly as I can.

To view an excerpt from Bill’s short story “What Goes Around,” click here.