Amoskeag’s third author spotlight interview is with yet another contributor to the 2011 Spring Edition. In the following interview, James Black discusses the story behind his wonderful piece of short fiction entitled “[sic].” 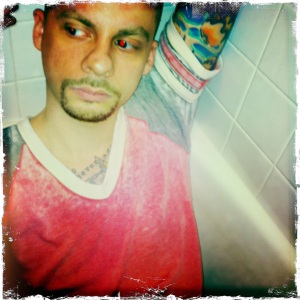 James Black is recently possessed of a master’s in contemporary writing, and considering pursuit of a PhD. His fiction has been published in The Wisconsin Review, Redivider, Spindrift, The Palo Alto Review, Willard & Maple, and Natural Bridge.

Amoskeag: Your work, “[sic],” was featured in the 2011 Spring edition of Amoskeag. Tell us a little about the story behind this piece. How did it come about?

James Black: I was discussing with a friend the importance of names. His stepfather’s birth certificate provided only “Baby Boy” as his first name, and we were laughing over some official mail that had arrived for him from the state Health & Records department, addressed to “Baby Boy.” I suggested that it would be unfortunate, annoying, or potentially hilarious to discover that one’s own birth certificate were somehow irregular. I asked my friend if he’d seen his; he asked if I’d seen mine. Oddly, neither of us had. While I couldn’t find mine, my friend did find his and, to his chagrin, he had discovered an irregularity: for the entirety of his life, he’d been misspelling his middle name “Allan” as “Allen.” While this wasn’t such a big deal, I was left pondering the possibility of one’s whole life being thrown into upheaval by some similar, but more grievous, discovery. “[sic]” grew from that seed.

Amoskeag: How and why did it take this final form?  What were the changes and drafts it went through?

James Black: The actual story itself is the result of my many, many problems with America’s seriously flawed health care system—a system which contributed in a number of significant ways to the simultaneously too-speedy and too-slow death of my mother from metastatic colon cancer. Many countries have heroin clinics for terminally ill cancer patients; after a while, morphine doesn’t cut it when it comes to the pain, and heroin makes things much easier. The US has, for years, aggressively refused to establish such institutions. This is, of course, a tragedy and, as a result, I got to watch someone I loved die in abject agony.

A few years later, my home city of Rochester embarked on a series of ill-advised ventures to build a ferry to Toronto, and watching each iteration of the project fail was morbidly fascinating. I needed a reason for my protagonist to suddenly require a birth certificate he hadn’t previously seen and a trip across the border to acquire heroin for a cancer patient accomplished that without—to me—feeling contrived.

Amoskeag: Why do you write?  What made you want to pursue writing professionally?

James Black: The second part of this question is easier to answer than the first. I write professionally because it’s the one thing I’ve found that makes me feel even remotely contented, happy, etcetera. Who could ask more from a job? Most of my life has been spent doing work that I find degrading and disappointing. Someone once said something like “writing is something that is for a writer more difficult than it is for anyone else.” I find that to be true. But writing is also, for me, the one thing worth the effort.

Why it’s worth the effort has to do with interiority. Douglas Coupland’s Microserfs defined interiority as, more or less, the feeling of “getting” someone or being “gotten.” Feeling like someone is inside your head—in a good way. Vonnegut said loneliness is the worst disease by which humanity has been stricken. I’m not sure it’s a disease with a cure. But reading something well-written makes a person forget that fact for the length of the piece. A good book is easier to find than a “soulmate,” and less risky than a fistful of Xanax.

Amoskeag: What tips and suggestions would you give to aspiring writers?

James Black: Learn to cope with perpetual failure. There are months where I receive a letter a day telling me someone clever enough to edit a literary journal thinks I’m not good enough. If that bothers you, you’re going to have a serious problem. I’ve been rejected hundreds of times in eight years of submissions. But I’ve also been accepted many places, and there’s nothing like the feeling of knowing that soon people you will never meet will be reading your work and, hopefully, feeling that interiority—my favorite stories seem to “get” me, to understand how existence feels to me, and when people read my own work, I hope that at least a few in the audience will feel “gotten.”

Other than that, the two pithiest pieces of advice I’ve got are simple. 1) Write stories you would want to read. 2) Writer’s block is a myth invented to excuse laziness—you can always write; your product may suck, but you can write. With enough editorial attention, you can turn terrible sentences into stalwart and worthwhile ones. Sometimes you’ll just build slowly. Writer’s block is as silly and romantic a notion as the idea that artists must be penniless and depressed.

Amoskeag: What are you currently working on?

James Black: At the moment, I’m three stories shy of releasing a second collection (my first is self-published and can be found on my website, http://sesquipedalism.com). And the piece I’m currently working on is one which, as I mentioned above, seems to require slow building. In this piece, there’s a labyrinth that won’t quit growing, a computer-illiterate professor learning how to navigate Facebook so he can check in on a student’s welfare, cats chatting about the color of their new collars, and an airplane full of people who are all absolutely sure that they’re the center of the world. So, we’ll see how that comes together in the end. 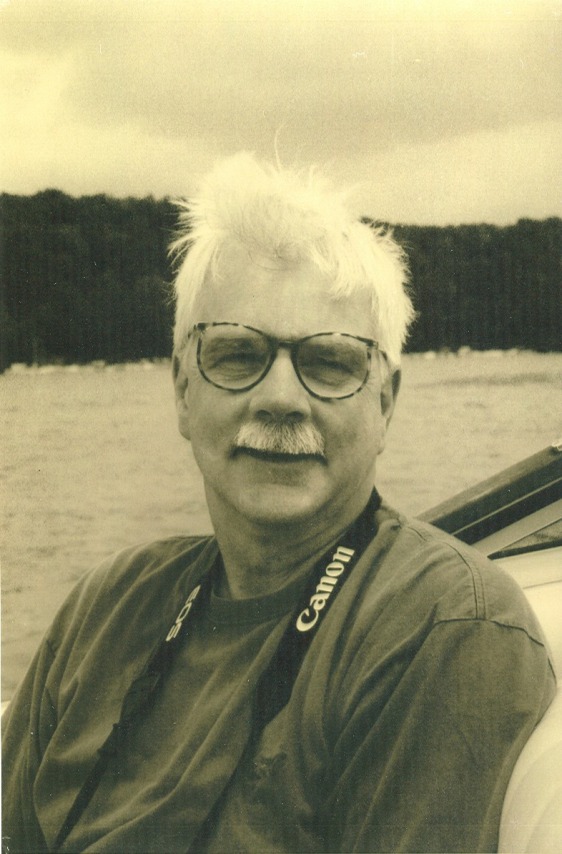