Skip to primary content
John DeBon is a self-taught writer, whose works have appeared in The MacGuffin, Hawaii Review, Praxis, The Binnacle, Concho River Review, and others, and has earned a listing as notable in Best American Essays 2013. John attended San Diego State University and for the past decade has been employed by a non-profit organization involved in afforestation.You can visit his website at www.johndebon.com. 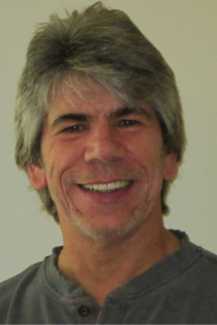 Amoskeag: In your story, Sunday Nights, your main character, David, remains motionless as his family falls apart. He listens to his parents’ arguments and his mother’s drunken threats night after night. He even feels “repentant for whatever sin he had committed to have caused such misery.” How did they get to that point in their life? Why do they see the world the way they do?

John: The members of a family in crisis are often in denial, unwilling to address underlying issues, and focus on the resulting “disruptive” behavior as the primary problem in and of itself. Without outside intervention and perspective, their dysfunctional circumstances often dictate the views they develop, which perpetuates their actions. To capture this dynamic in the story, each character’s actions are determined by what will bring them immediate relief or gratification from their individual and shared suffering. David’s mother, tired of sharing her home and husband with her mother-in-law, escapes her frustration and misery by drinking. David’s father, torn between wife and mother, deals with his wife’s drinking by enabling her, and vents his own unhappiness through anger. David’s sister, older than David and disgusted with the constant chaos, has begun to distance herself emotionally from her parents. David’s grandmother, strong-willed and judgmental, retains her hold on her son for a variety of self-serving reasons. These people are David’s world, his protectors, his window on what life is about. As a young child already damaged by his family’s actions, he cannot help but absorb the chaos and suffering, and worry that he is responsible for it. He serves as a symbol of the self-perpetuating nature of addiction.

Amoskeag: Your story starts with David being awoken by the shouts of his mother. Why did you begin there?

John: It felt like the natural point to begin telling the story, because I believe it provides the reader with an immediate opportunity to connect with David. I suppose in its own way, it’s also a bit of a hook. David awakening to his mother’s shouts and then venturing out of his room allows the story to unfold through his point of view; it also capitalizes on the bond between mother and child and sets a tense atmosphere. His caution in approaching the door projects his fear. As a small child listening to his parents fighting, we can imagine he is also experiencing a sense of helplessness.

Amoskeag: Did you see the ending coming, or did it suddenly surprise you? How did you prepare for it?

John: Although I am often surprised by the endings of my stories, that was not the case this time. Based on my research of dysfunctional behavior in domestic settings, in order for the story to ring true, it had to end with the family’s problems remaining unresolved. As for preparing for the ending, I knew the story would end as it began, with David, the most vulnerable member of the family. His character best demonstrates the insidiousness of a dysfunctional family, and how left unaddressed such trauma can resonate through the lives of family members for generations.

Amoskeag: Is your character’s view of the world reflective of the way you see the world? Or were you surprised by what they saw? How they felt?

John: I suppose to some degree this work reflects the way I see the world. I’m a bit jaded and believe all of us are a little more defective than we care to admit. Thus, I was not surprised by how the characters acted and felt. I understand how a cycle of negative behavior can begin and then be allowed to continue, and I think most of us have rationalized something we or someone we know has done, but understanding a person’s actions in a particular situation, especially one that may be foreign to us, is part of what a writer does, and it differs from agreeing with those actions.

Amoskeag: How did you construct the language of the piece? How did you come to hear and record the feelings of your main character?

John: This will sound a little strange, but when I need to capture a specific or unique voice, I assume the character’s persona and act out the part. Once I have the general tone and language I’m looking for, I fine-tune it with subsequent drafts. This usually means rewriting and a lot of cutting. I also find it helpful to base the language, tendencies, and disposition on someone I know or know of who is representative of the character.

Amoskeag: “He turned to his mother, hoping she could see his pain, his fear, his uncertainty, but her eyes were glossy and flat and showed no recognition.” Why does this line matter in this piece?

John: The instinct to seek protection and comfort from our mothers when frightened or in danger is common in many species. With humans this instinct stays with us to some degree beyond childhood, as evidenced by soldiers severely wounded in battle who call out for their mothers. When that line appears in the story, David’s father is about to vent his frustrations on his son. When David looks to his mother for protection, but instead finds her unaware of his predicament and only concerned with having another drink, it’s a betrayal of the mother-child bond, and the reader sees how truly alone he is. Here are the two people he turns to for security and safety, and one is threatening him and the other is not even aware he is there. This is the point when it is made clear how truly grim the situation is for David–he has no choice but to believe he is the cause of all their pain.

Amoskeag: How do you feel when a piece gets accepted and readers that you don’t know are now going to complete the story that you worked so hard at to shape?

John: Acceptance is pure gratification. For one person to see enough value in my work to make it worth putting into print is validation for all the solitary hours of writing that went into the work. As for turning my stories over to readers I don’t know, though most of us do it with trepidation, that’s why writers write. Having people take the time to read my work, giving the story their attention, the characters consideration, is thrilling. Once a story leaves my hands and is taken up by a reader, it belongs to that reader. This is where the reader and I meet, and I’m conscious of that when I’m crafting the work. I enjoy hearing from readers, and with most writers only an email away, I wish more readers would send their comments and insights, positive or negative.

Amoskeag: What’s next for you as a writer?

John: Like all writers, I would like more time to devote to my writing, so I’m currently working on a way to go without sleep. Aside from that, I like to work on more than one project at a time, and at the moment I am working on the final draft (that sounded so optimistic) of a suspense novel, finishing the first draft of another novel (historical fiction), and completing three short stories at various stages of development. I also increased my commitment to my writer’s workshops.